Blogs > Steve Hochstadt > What Have the Latest Impeachment Hearings Revealed?

What Have the Latest Impeachment Hearings Revealed? 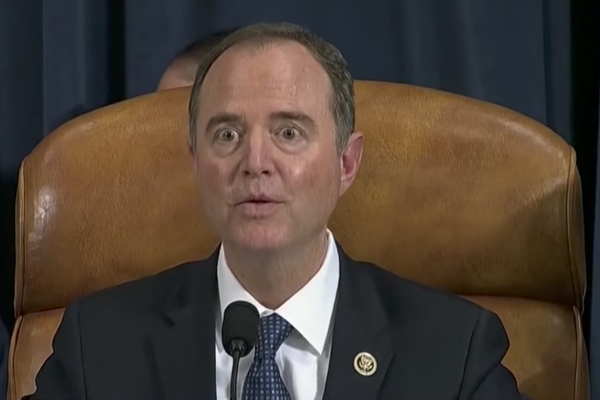 When I wrote for the Journal-Courier, I had to send in my columns by Sunday evening for Tuesday publishing. I was not able to broadcast breaking news. I’m not a reporter, that’s their job. My job was to put together some writing that synthesized as much breaking news as I could. The heat was dissipating, it was time for light.

I believe that’s the opinion writer’s job. But often I could not say anything about what had changed since Sunday. If my synthesis was good, it would blend well with and partly explain the latest bombshell. Or perhaps my synthesis was already outdated.

Because I’m now self-published, but no longer printed, I enjoy many new degrees of freedom. It’s Tuesday, this is going out later today, and I can be almost up-to-the-minute about impeachment. The evidence is easy to find. Wikipedia has a lengthy narrative about “Impeachment inquiry against Donald Trump”. The Washington Postput together a timelinethrough last week.

During last week’s hearing, I thought the most effective defense mounted by the forever-Trumpers was that nothing happened. Whatever may have been said or done, in the end President Zelensky did not announce an investigation of the Bidens and the military aid was released. No harm, no foul. I didn’t buy it for a second, because the facts we have learned already are so overwhelming that I’ve made up my mind. But if someone retains some positive view of Trump, for whatever reason, such an overview of events is greatly reassuring.

That defense was bogus, and the last few days of news are killing it, because in fact a lot happened. Anyone, especially someone both politically astute and internationally vulnerable like Zelensky, would understand from the July 25 phone call that Trump offered a meeting only if he got something specific in return. If anyone could doubt that Trump was demanding specifically a Biden investigation, yesterday’s evidence about Gordon Sondland’s mobile phone call from a Kiev restaurant on July 26 demonstrates Trump’s overriding focus on investigations.

But the key sequence of events began much earlier. Zelensky was elected on April 21. On April 23, Rudy Giuliani tweeted: “Now Ukraine is investigating Hillary campaign and DNC conspiracy with foreign operatives including Ukrainian and others to affect 2016 election. And there's no Comey to fix the result.” That wasn’t truth, it was pressure.

Less than 3 weeks later, Zelensky and his advisers met on May 7to talk about the Trump-Giuliani pressure to open investigations and avoiding entanglement in the American elections. He hadn’t yet been inaugurated, which happened on May 20.

Fiona Hill, a top deputy at the National Security Council inside the White House, explained to Congress about discussions in the White House in May, showing they already knew that Zelensky was feeling pressure to investigate the leading Democratic candidate.

Zelensky and his top advisors continued talking among themselves about the pressure that was being exerted on them and what to do about it. They realized that the life-saving military aid was included in the deal Trump was offering even before August 28, when Politicopublished an article about it. Top Ukrainian officials knew already in early August. William Taylor, new acting ambassador to Ukraine after Marie Yovanovitch was fired, characterized Ukraine’s defense minister afterwards as “desperate”.

Trump and Mulvaney and Pompeo and who knows who else decided to release the aid on September 11, only after Democrats in Congress threatened to investigate. The whistleblower spilled the beans to Congress on September 25 and to the public the next day about why it had been withheld.

We know now that Zelensky was preparing to go TV, in particular on Fareed Zakharia’s show on CNN, with a statement about Trump’s investigations. As soon as military aid was resumed, he cancelled the interview, because he had never wanted to do that.

So we already know what happened, and it wasn’t nothing. President Zelensky was desperate for a meeting with Trump and for good reasons. Trump said, “only if you do this favor”. In Ukraine, that message was being pounded home by people who said they were direct representatives of Trump – Rudy Giuliani, Rick Perry, Gordon Sondland. The American face in front of our efforts to help those Ukrainians trying to reduce corruption had been sent home, Ambassador Yovanovitch, accomplished by the Giuliani-Trump team.

Zelensky’s official communications with Americans displayed the heavy weight he put on a meeting with Trump. After the aid was released, the pressure continued. On October 3, Trump said on the White House lawn: “I would say, President Zelensky, if it was me, I would start an investigation into the Bidens,” and added the Chinese for good measure.

But Zelensky wasn’t going to do what Trump demanded, an announcement to the world that the Ukrainian government was investigating the Bidens. The Congressional Republican overview is false, because like Trump, they don’t care about Ukraine. President-elect and then President Zelensky refused for 4 months to do anything in response to Trump’s insistence on investigations, even though he desperately desired a meeting with Trump. When he found out that military aid was being withheld, he still refused for a month to become entangled in our election.

The Trump-Giuliani team caused great anxiety in the Ukrainian government. But with the highest stakes involved, the political neophyte Volodomyr Zelensky said “no” to corruption.

Later today there will be more news, and for many days to come. No facts have come to light that cast any part of this story into doubt. The timeline gets longer and more intense with each revelation.

I don’t know how many people the Republican sleight-of-hand can fool. I don’t know if the elections last week point to any turn against Trump among Southern voters. I don’t know what tomorrow’s headlines will be.

But I know corruption when I see it.