Weighing the Evidence when a President is Accused of Antisemitism

Rafael Medoff is founding director of The David S. Wyman Institute for Holocaust Studies and author of more than 20 books about Jewish history and the Holocaust. 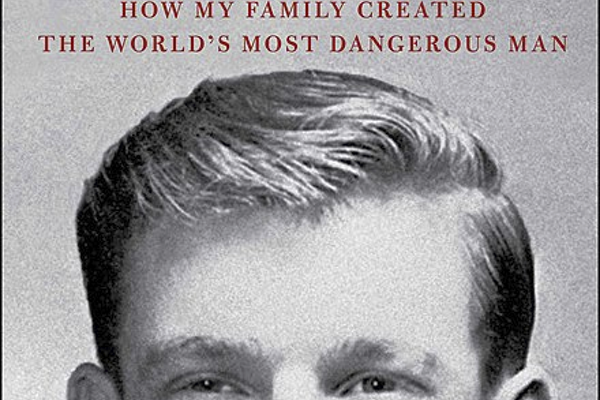 Mary Trump, the niece of President Donald Trump, says she has heard him utter “antisemitic slurs” in private. Michael D. Cohen, the president’s former attorney, reportedly will assert in his forthcoming book that Trump has made “antisemitic remarks against prominent Jewish people.” The president, however, denies doing so. How are we to weigh the veracity of the allegations?

Historians demand a high level of evidence when an accusation of bigotry is made against anybody, all the moreso when the accusation is made against the leader of the Free World. In weighing the evidence that has so far been produced concerning Trump, one must consider the standards that historians have applied with regard to the other three presidents who have been accused of antisemitism—Richard Nixon, Harry Truman, and Franklin Roosevelt.

The first question to ask is whether there is documentation that corroborates the claim, such as a tape recording or a diary.

We know that President Nixon made antisemitic remarks because he taped his Oval Office conversations. Until those tapes were made public, the accusation gained no traction. Both the New York Times and CBS-TV reported in May 1974—three months before his resignation—that Nixon had referred to some of his critics as "Jew boys," and had complained about "those Jews" in the U.S. Attorney's Office who were causing him difficulties. So long as the public could not see the evidence, Nixon and his defenders could deny it.

In the years to follow, the tapes came out, confirming the earlier reports and revealing many more antisemitic slurs, including Nixon’s use of the word “kike.” Hearing such language in the president’s own voice made it impossible to deny his antisemitism.

We know of President Harry Truman’s antisemitism primarily from his diary. Discovered by accident in the Truman presidential library in Missouri in 2003, the previously unknown diary included acerbic comments about Jews that Truman wrote after Treasury Secretary Henry Morgenthau, Jr. telephoned him concerning the British decision to prevent the refugee ship Exodus from reaching Palestine.

The president wrote: "He'd no business, whatever to call me. The Jews have no sense of proportion nor do they have any judgement on world affairs….The Jews, I find are very, very selfish. They care not how many Estonians, Latvians, Finns, Poles, Yugoslavs or Greeks get murdered or mistreated as D[isplaced] P[ersons] as long as the Jews get special treatment. Yet when they have power, physical, financial or political neither Hitler nor Stalin has anything on them for cruelty or mistreatment to the under dog."

Until the diary surfaced, few historians acknowledged Truman’s antisemitism. His 1918 letter referring to New York City as a "kike" town was chalked up to his immaturity. His 1935 letter referring to a poker player who "screamed like a Jewish merchant” was dismissed as an isolated incident. Truman’s 1946 remark about Jewish lobbyists, "Well, you can't satisfy these people….The Jews aren't going to write the history of the United States or my history” was excused as a momentary outburst in response to tension with Jewish lobbyists. But seeing explicit anti-Jewish language in President Truman’s own handwriting, in the diary, made it impossible to deny his antisemitism any longer.

Franklin D. Roosevelt did not keep a diary or tape-record his Oval Office conversations. What we know about his private sentiments concerning Jews derives from other types of documentation, including diaries kept by his cabinet members and transcripts of official conversations by note-takers who were not FDR’s political enemies.

Captain John McCrea, the president’s Naval Aide, was the note-taker at the 1943 Casablanca conference. He reported that FDR said the number of Jews allowed to enter various professions in Allied-liberated North Africa “should be definitely limited,” in order to avoid a repetition of the “understandable complaints which the Germans bore towards the Jews in Germany, namely, that while they represented a small part of the population, over fifty percent of the lawyers, doctors, school teachers, college professors, etc, in Germany, were Jews."

Harvard professor Samuel H. Cross, one of the foremost experts on Russian and other Slavic languages, was the translator and note-taker at the 1942 White House meeting between President Roosevelt, adviser Harry Hopkins, and Soviet Foreign Minister Vyacheslav Molotov. According to Cross’s record, Hopkins complained that the American Communist Party contained many “largely disgruntled, frustrated, ineffectual, and vociferous people--including a comparatively high proportion of distinctly unsympathetic Jews.” FDR replied that he himself was “far from anti-Semitic, as everyone knew, but there was a good deal in this point of view.” Molotov, Roosevelt, and Hopkins then apparently agreed that “there were Communists and Communists,” which they compared to what they called “the distinction between ‘Jews’ and ‘Kikes’,” all of which was “something that created inevitable difficulties.”

In assessing President Roosevelt’s private views, historians naturally assign much greater weight to diaries and private memoranda that were authored by the president’s friends or political allies, than to accusations made by enemies who had an axe to grind or a rival agenda to pursue.

FDR’s allies had plenty to say on this subject. Secretary of the Treasury Henry Morgenthau, Jr. wrote privately that President Roosevelt boasted about his role in imposing a quota on the admission of Jewish students to Harvard. Vice President Henry Wallace wrote in his diary that FDR spoke (in 1943) of the need to “spread the Jews thin” and not allow more than “four or five Jewish families” to settle in some regions, so they would fully assimilate. U.S. Senator Burton Wheeler, whom Roosevelt considered for vice president for his third term, wrote in a private memo that FDR boasted (in 1939) of having “no Jewish blood” in his veins. Rabbi Stephen S. Wise, an ardent supporter of the president, privately noted that Roosevelt told him (in 1938) that Polish Jews were to blame for antisemitism because they dominated the Polish economy.

Specificity is important. That’s why a particularly disturbing remark attributed to President Roosevelt has been widely ignored by historians, even though it came from a reliable and friendly source. Samuel Rosenman, FDR’s closest Jewish confidante and chief speechwriter, told a Jewish leader in October 1943 that, in response to a rally by rabbis outside the White House, the president “used language that morning while breakfasting which would have pleased Hitler himself.” But Rosenman never revealed precisely what it was that he heard Roosevelt say.

The lack of specifics—so far—in the allegations by Ms. Trump and Mr. Cohen will be cited by the president’s defenders as reason to doubt their veracity. Others will point to the accusers’ personal conflicts with the president as evidence to question their motives in raising the issue of antisemitism.

Certainly, accounts by embittered relatives need to be scrutinized with extra care. By contrast, a friendly relative presumably has no motive to smear the president. Curtis Roosevelt, a grandson of the president (and not known to be unfriendly toward his late grandfather) told FDR biographer Geoffrey Ward that he “recalled hearing the President tell mildly anti-Semitic stories in the White House…The protagonists were always Lower East Side Jews with heavy accents…"

Opportunity is also important. Mary Trump’s innumerable interactions with Donald Trump, over the course of decades, certainly gave her ample opportunity to

hear him express his private opinions. Likewise Michael Cohen, who served as Trump’s attorney and confidante from 2016 to 2018. The fact that not one, but two highly placed, unconnected individuals are making similar accusations adds credibility to their charge.

There is also the matter of Trump’s track record on the subject. How should historians judge remarks invoking a stereotype that seems to be complimentary? In a 1991 book, Trump was reported to have said, “The only kind of people I want counting my money are short guys that wear yarmulkes every day.” In 2015, he told a group of Jewish supporters, “I’m a negotiator like you folks.”

Perhaps not everyone would take offense at those kinds of comments. The danger of brushing off such remarks, however, is that it could be a short leap from perceiving Jews as “good with money” and “good at negotiating” to suspecting that rich Jews are using their wily negotiating skills to manipulate economies or governments. Still, the key word is “could.” Until he says it, he hasn’t said it.

When it comes to writing history, patience yields dividends. With the passage of time, more evidence emerges or existing evidence is discredited. Further down the road, archival collections open and previously classified documents shed new light on the topic.

Pundits, of course, are not always inclined to wait patiently for incontrovertible evidence to accumulate. Their job is to express their opinions on the issues of the day, based on what they know on any given day. They may be comfortable making a case based on unnamed sources, perceived dog whistles, or other bits and pieces.

Assessing the accusations by Mary Trump and Michael Cohen of presidential antisemitism ultimately may depend on which standard of evidence is applied. Newspaper columnists whose goal is to influence public opinion sometimes proceed even with evidence that some might consider doubtful. A court of law, in a criminal case, requires an allegation to be proven beyond a reasonable doubt. A careful historian, weighing a charge this serious, will insist on evidence sufficient to prove the accusation beyond a shadow of a doubt.