Arne Kislenko is Associate Professor of History at Ryerson University. 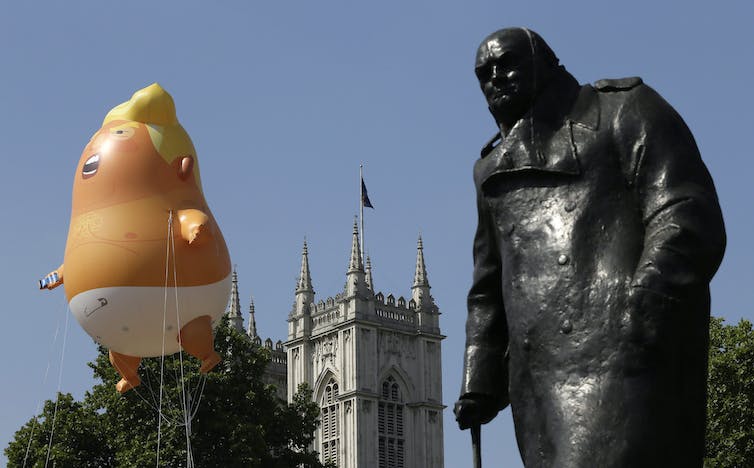 Donald Trump is no Winston Churchill and the coronavirus pandemic is not like a world war. (AP Photo/Tim Ireland)

The collective effort to fight the coronavirus pandemic has been called the defining moment of the 21st century, or this generation’s Second World War.

There may be some truth to these analogies, but it’s premature — and even presumptuous — to put the present into a historic context.

Pandemics have always shaped human history. Starting in the year 541, the Plague of Justinian killed 50 million people — possibly half the world’s population — in just a few years. In the mid-14th century, the Black Death claimed approximately 200 million lives with massive political, social and economic impacts.

Plagues resurfaced dozens of times over the next 300 years. Smallpox haunted Europe and Asia for centuries and then went with colonizers to the New World, wiping out Indigenous populations.

Just over a century ago, influenza claimed between 50 and 100 million lives — roughly five per cent of the population — while the world fought the Great War. It’s debatable how much the pandemic affected the war, but there’s little doubt the war shaped the flu by putting millions in close proximity and providing the means for quick global transmission.

Flu claimed as many as the Great War

Just like today, Canada was not spared. About 55,000 Canadians died in the 1918-19 flu, nearly the same as the losses in what became known as the First World War. 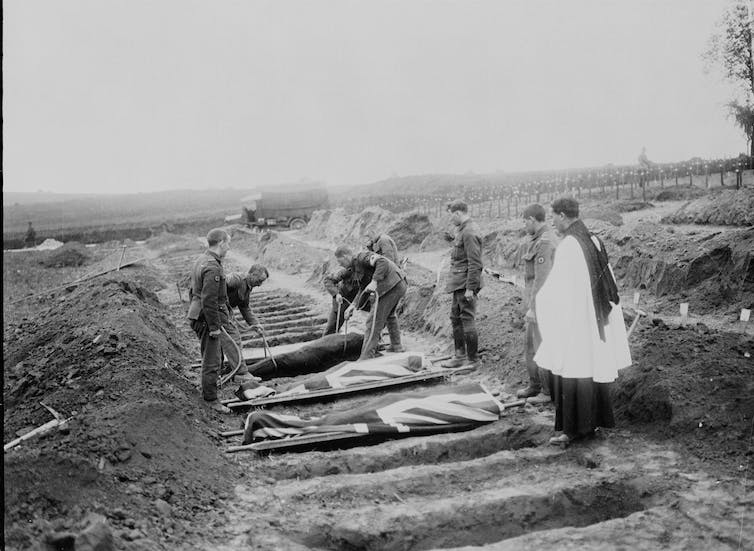 A burial scene in France during the First World War. The 1918 flu killed almost as many Canadians as were lost in the Great War. THE CANADIAN PRESS/ (National Archives of Canada

Montréal and Toronto were particularly hard hit. Schools, businesses and public places closed. Debates raged about the efficacy of wearing masks. People practised social distancing, while physicians urged quarantine. Eaton’s and other stores advertised cure-alls. When the worst passed, there were phased reopenings. A federal department of health was created. The economy rebounded.

We have learned many lessons from 1918 — about basic sanitation, quarantine, drugs, immunizations and more. But we still have much to learn.

COVID-19 has taken an enormous toll. With 12 million confirmed cases and more than 550,000 dead, it could remain a serious global threat for years, maybe decades.

Fears of a virulent “second wave” are acute, especially with the first wave still wreaking havoc. The economic costs might prove incalculable. Political and social instabilities are rising, even threatening some regimes.

Leaders invoke comparisons to bolster their images: likening themselves to Winston Churchill or Franklin D. Roosevelt, even if they don’t fully understand what either did in response to crisis.

Curiously, some have talked about COVID-19 having the same impact on the economy as a world war when in fact the Second World War required total production, not the paring down to an essential economy that has happened during the coronavirus pandemic.

COVID-19 is also not bombing cities. It does not have a political ideology. It does not harbour irredentist claims, or seek to “right” historical “wrongs.” It is not exterminating millions in concentration camps. 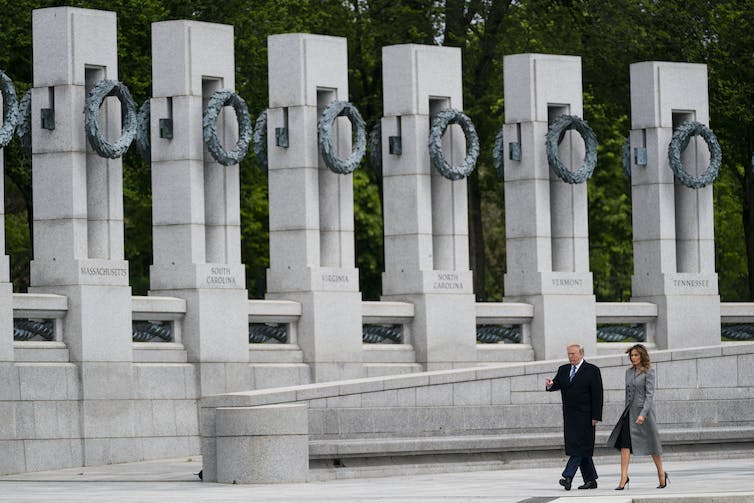 Donald Trump has likened himself to a war-time president as his administration struggles with its response to the coronavirus pandemic. Here, Trump and First Lady Melania Trump visit the Second World War memorial in Washington last May to commemorate the 75th anniversary of Victory in Europe Day. (AP Photo/Evan Vucci)

Although disconcerting, business closures and social distancing are not akin to living under enemy occupation. Aside from front-line workers, most of us have endured inconveniences, not sacrifices. Soldiers are not dying in trenches or on the beaches. Ordering from Amazon and binge-watching Netflix cannot be compared to Stalingrad, Iwo Jima or Verdun, let alone Auschwitz.

Likening the pandemic to war, however, can convey a sense of urgency to those who don’t understand the consequences of inaction. It can push reluctant leaders to put public health ahead of politics. It can build a sense of collective responsibility and unity. As part of our collective memory and identity, wars can represent inspirational virtues. We might aspire to the fortitude of those who persevered through two world wars and the Great Depression.

But outright comparisons to the suffering and sacrifice of millions in vastly different contexts is disrespectful and doesn’t help the current fight against COVID-19. What we are living through now is important, but it’s not war.

It will be a long time before we might consider anything about COVID-19 history, but historical perspective can help us better understand this pandemic — and potentially better manage it. Understanding the magnitude of wars would help too.

German philosopher Friedrich Hegel famously said: “We learn from history that we do not learn from history.” Thinking in historical terms might help us better understand ourselves: what we have endured and what we need to do, together, in future crises. In the case of this current crisis, let’s hope Hegel was wrong.