Roy E. Finkenbine is Professor of History and Director of the Black Abolitionist Archive at the University of Detroit Mercy. 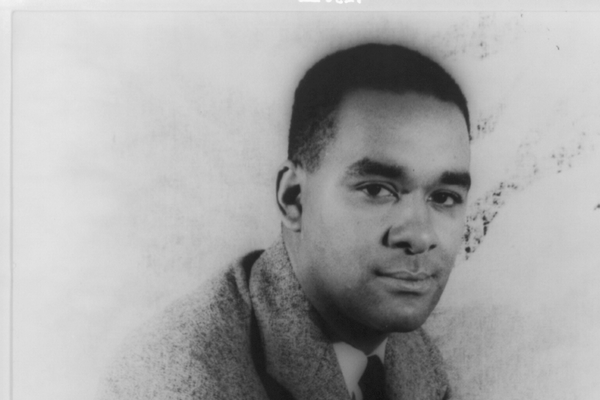 Let me explain for the benefit of those who aren’t familiar with the term.  The Talk is the conversation that many African American parents have with their own children – especially their teenage sons—as they come of age.  The goal is to prepare them for encounters with the police, mainly out of a fear that such interactions could prove deadly.  The Talk doesn’t eliminate the possibility of suffering indignities or dangers at the hands of the police – but it does (they hope) increase the odds of surviving them.  Even then, a stop by police can turn deadly, as the family of George Floyd knows all too well.  These confrontations, however, are not just limited to the police.  They can occur with any white person who feels sufficiently empowered by white privilege to challenge a black person thought to be out of place (or out of line), as the viral video of Central Park birder Christian Cooper’s encounter with the white owner of an off-leash dog demonstrates.

The Talk isn’t something black children hear only once.  African American parents sometimes repeat it again and again.  And their children may revisit it throughout their adult lives.  Ron Thomas, a faculty member in his sixties at Morehouse College admits that he still periodically has The Talk with himself: “Be pleasant.  Follow instructions.  Move slowly. Keep your hands visible at all times.  Get permission from the officer before you do anything.”

African American parents have been having The Talk with their children for more than four centuries.  In slavery times, it imparted information on how to behave in the presence of masters, overseers, slave patrols, and other authority figures.  During the era of Jim Crow, it conveyed necessary knowledge about how to conform to both the segregation laws and the expectations of racial etiquette whenever whites – including white women – were around.  In recent decades, it has generally prepared young black people for encounters with the police.

To illustrate the historical incarnation of The Talk during segregation times, I often introduce my classes to the opening vignette in Richard Wright’s powerful autobiographical essay on “The Ethics of Living Jim Crow.”  Wright observed: “My first lesson in how to live as a Negro came when I was quite small.”  He and his mother lived near the railroad tracks in a small Arkansas town.  With his black playmates, he once engaged in a cinder battle with white boys from the other side of the tracks.  In the midst of this adolescent warfare, Wright was hit by a broken milk bottle behind one ear, which opened a deep gash and prompted profuse bleeding.  A neighbor rushed him to a doctor, who inserted three stitches to close the wound.  When his mother returned home from her job as a domestic for a local white family, the young Wright expected comfort and sympathy.  Instead, she beat him on the hips with a barrel stave, taking time occasionally to “impart gems of Jim Crow wisdom” – mainly how to remain deferent around all whites, especially authority figures.  She closed this harsh lesson by telling him that he “ought to be thankful to God as long as [he] lived that they didn’t kill” him.  In her own rough way, Wright’s mother was having The Talk.

The Talk is an essential part of African American parenting.  The failure of whites to engage the subject of race with their own children makes this unavoidable.  Chicago journalist Amy Sullivan recently wrote: “I can’t help thinking a big reason so many parents of color need to have The Talk with their children is because so many white parents won’t have a talk with our own.”  A 2019 survey of six thousand parents by the University of Chicago and the Sesame Workshop found this to be the case.  While nearly two-thirds of black parents talk to their children often or occasionally about race, only a quarter of white parents do so.  A 2007 study of white parents demonstrated that they exhibited great discomfort in talking about race with their offspring and generally avoided the subject.  As a result, many white children accept current racial inequalities as normal or fail to think about them at all.

Many white parents see race as an extraordinary topic and claim that they wait for the exact right moment to discuss race with their children, instead of integrating it into the normal flow of dialogue.  Again, Sullivan suggests that “if parents stopped waiting for the perfect time to have a conversation about race . . . or privilege, they might recognize that there are organic opportunities that arise nearly every day – unless we shut them down.”

For me, the need for white parents to have The Talk with their children is more than a moral or a professional one.  It is also intensely personal.  I have two mixed-race grandchildren.  Times like these cause me concern about what they will face in the future and how their white parents (or I) will prepare them for those encounters.  When Crystal Fleming, the author of How to Be Less Stupid about Race, visited our campus last year, my wife sought her advice about this subject.  Fleming responded that “if you’re talking with them about race, that’s half the battle.”

How might American race relations change if white parents began to have The Talk with their children?