The Three Daring Women Who Traversed the Himalayas 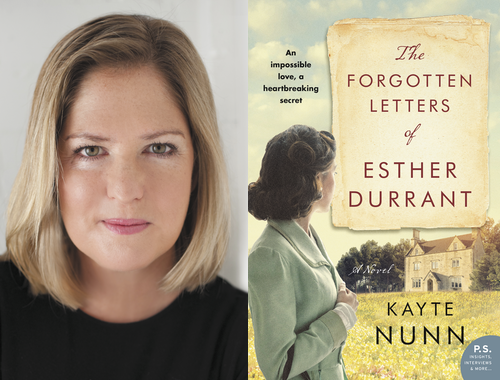 Antonia Deacock, Anne Davies and Eve Sims were three rather extraordinary women who, when in their mid-twenties and thirties, set off overland from England to Tibet in 1958.  Their aim was climbing one of the Himalayas’ unexplored high peaks. They made the 16,000-mile drive to India and back, adding a 300-mile trek on foot to Zanskar, a remote province of Ladakh (part of Kashmir), and became the first European women to set foot there.

They called their adventure the Women’s Overland Himalayan Expedition, and were inspired and encouraged by their husbands, explorers and climbers themselves. Not wanting to be left behind "chained to the kitchen sink" when their husbands went on a trek, the women spent six months planning their own adventure. "It was just something we wanted to do," said Anne matter-of-factly. "And it was a good idea."

They had no vehicle, little money and no equipment, and didn’t even know each other very well at the start, but by working together they mustered enough support to fund their expedition, gaining sponsorship from, among other companies, Brooke Bond Tea (they mistakenly ordered enough tea "to keep a family going for 150 years," according to Eve), lllustrated magazine, John Player & Son, even cosmetician Max Factor. They persuaded Land Rover to sell them a demonstration model of a modified long-wheelbase all-terrain vehicle at a significant discount, and the British Ministry of Agriculture and Fisheries donated steak, vegetables, and berries preserved with the new technology of freeze-drying. A publicity campaign before they left captured the public’s attention, and headlines such as "Four Fed-up Wives" (one member had to pull out at the last minute, due to an unexpected pregnancy) helped raise the required funds.

They weren’t completely naïve, however. Anne was fluent in Urdu and Hindi and had previously trekked in Kashmir with her husband, their baby strapped to the back of a mule. Sims had spent two years motorbiking around Australia and New Zealand, and before that had learned to climb in Wales. Deacock was an experienced rock climber. They weren’t the kind of women who would let the fact that two of them couldn’t even drive when they started planning their trip deter them.

Eve and Antonia had not yet had children, but Anne left behind her three sons, aged 15, 14 and five. "I didn't feel guilty," she said. "Because Lester had gone off on expeditions, and this was my turn."

Their five-month journey saw them battle illness, delays, inhospitable terrain, the effects of altitude, and terrible roads. They occasionally had to fend off unwelcome advances and negotiate with recalcitrant porters. Rest days were spent scrubbing their laundry on rocks in a nearby river, catching up on correspondence–communication was slow and difficult, and they could only occasionally get word to their husbands and families that they were safe–and checking their supplies. The entire trip was a considerable feat of organisation – after the women estimated what they would need to last the entire trip, several crates were shipped to Bombay and had to be retrieved from the docks after bureaucratic delays.

Due to the heat in Iran, they were often forced to drive at night, and were faced with constant enquiries as to where the ‘sahibs’ were and incredulity that the women were travelling on their own. They camped almost everywhere, and were welcomed by Land Rover’s agents in the European cities they travelled through, who praised the women for their maintenance of the vehicle, though they often expressed surprise that they successfully completed the trip.

Following an audience with the Indian Prime Minister Nehru they were granted the rare privilege of travelling beyond the "inner line,", a boundary across India and Tibet that had been drawn up in the 1800s and beyond which no British subject might rely on government protection or rescue. No non-Indian had been granted permission to cross the inner line since before the Second World War, and it was one of the last regions untraveled by Europeans on the planet. They also were thought to be the first European women to cross Afghanistan unescorted.

Fording fast-flowing meltwater streams, sometimes up to their waists in water, they trekked through snow and ice, climbing a 18,700 foot peak and naming it Biri Giri ("Wives Peak"). As they travelled, they passed through villages untouched by European contact, meeting locals who had never seen things such as zippers or nylon climbing ropes. One elderly woman was terrified of the sight of her own face in one of their mirrors. "How privileged we were to witness and partake in societies that were virtually strangers to the modern world that we know," said Antonia afterwards.

The women were bound by a common desire to prove themselves. "I’d been my father’s daughter, my husband’s wife," said Eve. "But this time I was somebody on my own." Despite living in close proximity and enduring many hardships, surviving dust and discomfort, the freezing cold and the intense heat, they claim never to have argued, preferring to thoroughly discuss issues and abide by a majority rule on decisions.

After their expedition, they carried on the spirit of adventure in their lives. Antonia wrote a book about their exploits, then eventually moved to Australia and established an Outward Bound school and the world’s first dedicated adventure travel company with her husband, also establishing close links with Nepal. Eve had three children and went on to run an Outward Bound centre with her husband, and Davies helped her husband to run an outward bound school in the Lake District.

The 1950s were a time when relations between British and other western people and newly independent nations in South Asia were in their infancy, and the women’s fearless endeavour is all the more remarkable for it. Although trekking in remote lands is now far more common, it is unlikely that they would be able to make such a journey–particularly through Afghanistan and Iran– today.

A film about their expedition, by Pulse Films and Britain’s Film4, is in development. Antonia Deacock’s book, No Purdah in Padam, is now out of print, but available from antiquarian booksellers.