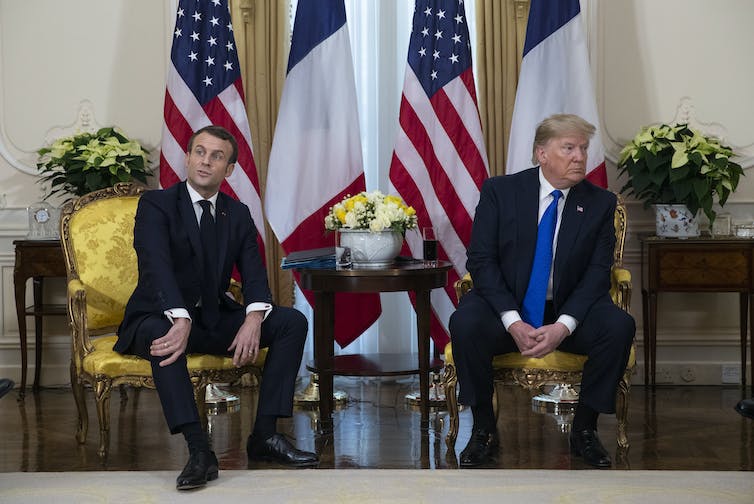 As the NATO summit begins in London on Dec. 3, it brings together leaders of the world’s most powerful military alliance, with 29 members on three continents. Celebrating its 70th anniversary in 2019, the North Atlantic Treaty Organization remains a key contributor to European peace and a strong counterbalance to Russian influence around the globe.

Several scholars around the U.S. have looked at aspects of the role of NATO in a changing world.

In the wake of World War II, in an effort to achieve a lasting world peace – and to resist Soviet influence – the U.S. and many European nations joined forces, write NATO historians Garret Martin and Balazs Martonffy from the American University School of International Service. The group “collectively provides military security for all its members, from the United States and Canada in the West to the Baltic states in the East.”

At present, the alliance has successfully presented “a united front against Russia’s global aggressions,” they write, but that could be in danger.

Russian President Vladimir Putin is working hard to affect domestic politics in countries around the world – through military force, diplomatic efforts and with propaganda.

Ronald Suny, a historian and political scientist at the University of Michigan, explains: “The Kremlin is determined to retain an influential position in the part of the world closest to its borders.” Remember, that’s an enormous area of the globe, given the size of Russia itself.

President Donald Trump has openly and repeatedly spoken about his doubts that NATO is useful or effective anymore. He has demanded that other countries spend more money on their militaries and pay more of the costs of having U.S. armed forces based in their territory.

Global affairs scholar Simon Reich of Rutgers University Newark explains that this approach could lead to the U.S. giving up its role as a key world leader:

“[A] steady shift to a focus on short-term interests, and bullying … other countries … can take many forms. In economic terms, it may entail the leader imposing protectionist trade barriers against other countries. In security, the leader may require other countries to pay more for their collective defense. With that kind of behavior comes a loss of reputation.”

As diplomatic historian Kelly McFarland from Georgetown University notes, though, “Trump isn’t the first leader to take a brutish approach to international affairs.”

Americans as a whole, like their president, are reconsidering their country’s role in the world. Many members of the country’s largest generation, and one just coming into the prime years of its political and economic power, have a different view of the U.S. in global affairs than their elders, explains Duke University political scientist Bruce Jentleson:

“Only 51% [of millennials] felt the U.S. should take an active part in world affairs,” his research found. “Only one-quarter of millennials saw the need for the U.S. to be ‘the dominant world leader.’”

Nevertheless, millennials do see value in connections with Europe and against Russia, Jentleson wrote: “Millennials are especially supportive of NATO, at 72%.” What these views mean for the country and its leaders is yet to be seen.

Editor’s note: This story is a roundup of articles from The Conversation’s archives.