David P. Barash is professor of psychology emeritus at the University of Washington; among his recent books is Through a Glass Brightly: using science to see our species as it really is (2018, Oxford University Press). 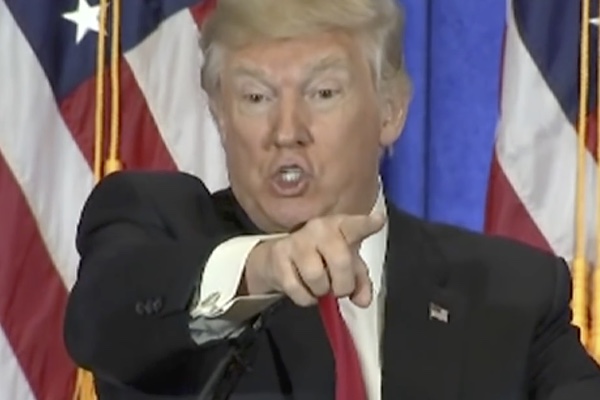 Whatever you think about the potential – likely? – impeachment of Donald Trump (and I’m all for it), this development converges intriguingly with The Goodness Paradox, a fascinating 2018 book by anthropologist Richard Wrangham. In it, Wrangham makes the paradoxical suggestion that socially orchestrated murder - something very much like the modern death penalty - may have acted in our prehistoric past to make us less violent than we would otherwise be, at least within our own groups. Let me explain.

Impeachment and removal from office is hardly murder, and, although right-wing trolls will doubtless interpret this essay as me recommending the murder of Donald Trump, that is most assuredly NOT what I am saying. I am interested, however, in the parallels between eliminating a dangerous group member “with extreme prejudice” in our evolutionary past – as Wrangham hypothesizes – and removing a dangerous group leader via a recognized and legitimated political process; i.e., impeachment.

Compared to many other species, human beings are, by and large, notably nonviolent and unaggressive. Thus, non-relatives and even total strangers typically crowd together on city streets, in a bus, train, airplane, movie theater or lecture hall, with almost no violence or aggression. And yet, people have historically been quite fierce, at least on occasion, toward members of a different group.

Wrangham proposes that our early ancestors, not unlike many nomadic, non-technological societies today,  were prone to enforcing rules of civil conduct within their group. Unable to call 911 or to employ an independent judiciary and police, they would likely have relied on internal mechanisms for keeping within-group tranquility. In current traditional societies, a trouble-making jerk who consistently disrupts their community will typically face efforts to enforce the accepted social rules, by personal warnings, ridicule, or, if necessary, ostracism. But if these gentler attempts are unavailing and especially if the problem individual is dangerously violent and thus a threat to the group’s well-being, capital punishment will frequently be agreed upon. There are few data as to how often this form of extra-juridical justice is meted out in contemporary traditional societies and even less evidence speaking to its frequency and impact in human evolution. Nonetheless, the intriguing possibility exists that as a result of such lethal events, Homo sapiens may have actually become less violent, for two reasons. Number one: by removing those especially predisposed to dangerously lethal behavior, the human genome came to harbor fewer of their predisposing genes, making the rest of us less prone to mayhem.

Number two: through most of our evolutionary history, the average group size was almost certainly small, so individuals knew each other and were also acutely aware of what befell those who conspicuously got out of line. Once such enforcement – lethally administered if need be - became established as cultural tradition, biological selection as well as social pressures and enlightened self-interest would have favored conformity to expected norms. In sum, the idea is that threats to society may have led to informal but effective policing of serious misbehavior, either by lethally eliminating perpetrators or by law-abiding group members suppressing whatever inner demons might remain within themselves. Perhaps we therefore owe our comparatively benevolent dispositions to a long history of group-enforced capital punishment.

This hypothesis could be interpreted as an endorsement of the death penalty in modern life, but it needn’t be. It is likely that our binocular eyesight and the three-dimensional, stereoscopic vision it affords is attributable to our history as forest-dwelling primates, but that doesn’t mean we should start climbing trees and leaping from branch to branch. And the fact that our ancestors may well have scavenged the majority of their animal protein doesn’t suggest that we should all begin consuming road kill. Executing malefactors might, might, have made us what we are today, for better and worse. But that doesn’t mean that we should keep doing it.

On the other hand, what we should do – and what the US Constitution explicitly sets out rules for doing – is to remove (nonviolently, to be sure!) trouble-making leaders whose behavior is deleterious to the group. By doing so we probably will not usher in a new millennium, and maybe not even restore the harm to American democracy, society, ideals, the environment, and so forth that a certain trouble-making leader has already done, nor are we likely to engage in the kind of self-domestication that in our evolutionary past might have made us less murderously violent … but it certainly won’t do any harm.