Joe Biden is a Product of His Time 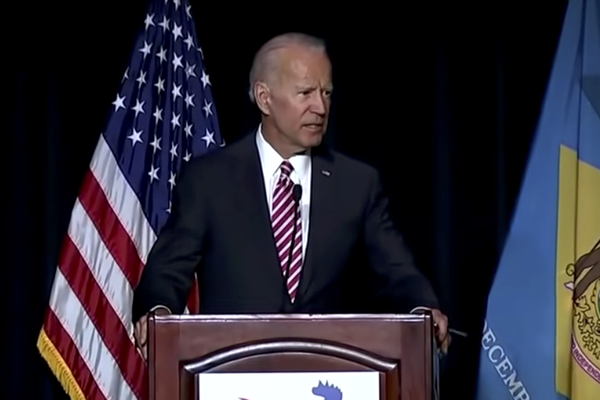 Democratic frontrunner Joe Biden recently apologized for his characterization of the segregationists he worked with as a U.S. senator: “At least there was some civility. We got things done. We didn’t agree on much of anything,” he said. This episode illustrates a troubling phenomenon of our current political culture and to a certain extent historical discourse. As American attitudes toward gender, race, and class have evolved, scholars and the public have a tendency to criticize the practices and beliefs of their elders.

For example, some contemporary historians, have been critical of the Founding Fathers, men who either owned slaves or agreed to include slavery as part of the new American nation. Particular opprobrium has been aimed at Thomas Jefferson, a man who condemned slavery, yet owned slaves. Furthermore, Jefferson claimed that the black race was intellectually inferior, yet penned the words “All men are created equal.”

The Founders are not the only dead white males whose behavior does not pass muster with today’s historians. Abraham Lincoln also has come under fire from a group of historians who challenge the conventional view of him as “the Great Emancipator.” The most outspoken of these voices is the late historian Lerone Bennett Jr. who wrote, “The real Lincoln... was a conservative politician who said repeatedly that he believed in white supremacy.” In his book Forced into Glory: Abraham Lincoln’s White Dream, Bennett writes that the entire concept of emancipation was antithetical to Lincoln who reluctantly issued the Emancipation Proclamation only as a military tactic. This reading conveniently ignores Lincoln’s public statements disavowing slavery and his efforts to pass the Thirteenth Amendment.

How should we assess this phenomenon of a later generation’s unfavorable view of their political forebears’ attitudes? In the case of the Founding Fathers, clearly they either participated in or tolerated slavery. However, they were ahead of their time creating a government based on sovereignty of the people. That was their goal and they would not let differences over slavery prevent them from achieving it.

Lincoln too was a product of his time. In his day, all but a tiny minority of abolitionists believed in racial inequality. Most whites in the North like Lincoln opposed slavery, but had serious misgivings about racial equality and the mixing of the races. They were not willing to fight to end slavery in the South or the border-states. But when Lincoln was faced with the destruction of the Union or the abolition of slavery, he chose the latter. His desire to save America was greater than the racial prejudice of his day. The abolitionist William Lloyd Garrison and Frederick Douglass both believed Lincoln had evolved.

Biden also is a product of his time. An incident in Biden’s first year in the Senate is instructive of this point. In 1973, Senator Jesse Helms (R-NC), also a freshman, was speaking on the Senate floor. Biden, who disagreed with Helms’ position on civil rights and racial attitudes went to Senate Majority Leader Mike Mansfield to express his disgust. Mansfield advised the young Biden to find something good in every senator so that he could work with all of them to accomplish things. Biden took that advice. When he came to the Senate, many of the most powerful figures were Southern committee chairmen with segregationist pasts. But Biden learned to work with them as did another young man who came to the Senate ten years earlier, Ted Kennedy. As for Biden’s opposition to court ordered busing, a poll taken in 1973 indicated that only nine percent of black parents wanted their children bused away from their neighborhood schools. By the end of the 1970s busing had disappeared as a divisive issue.

When assessing past attitudes, it is important to recognize that most people are influenced by the thinking of the day. Even those figures who are ahead of their time as the Founding Fathers and Lincoln were, are products of their environments. Moreover politics in any era is complicated and compromises are sometimes necessary. The Founding Fathers had a country to create. Abraham Lincoln had a country to preserve. Joe Biden who believes in racial equality wanted to create equality of opportunity and promote the progressive agenda. To achieve those ends, all these figures had to work with people whose views were antithetical to theirs. Their willingness to compromise when necessary in the service of a higher aim was not weakness. It was practical statesmanship.