Anna Pasternak is the New York Times bestselling author of Princess in Love, Lara, and The Real Wallis Simpson. Her work has appeared in Vanity Fair,Vogue,Harper's Bazaar, Town and Country, and every major British newspaper. She lives in England. 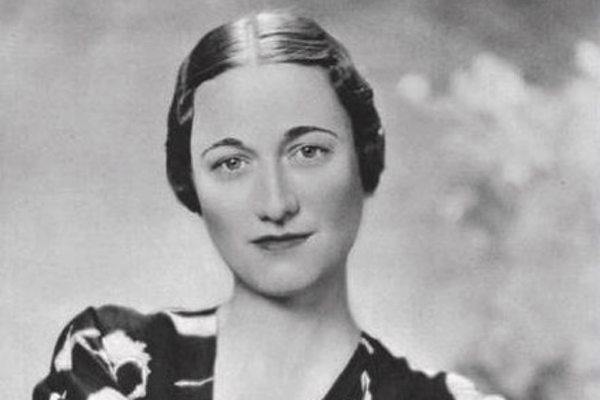 It was the biggest constitutional crisis since Henry VIII divorced Catherine of Aragon – except this time everyone agreed who the villain was. On December 10, 1936, Edward VIII renounced what Winston Churchill called “the greatest throne in history,” giving up an empire of 500 million people, to marry the twice-divorced American socialite, Wallis Simpson. Ever since, this Baltimore native has been blamed as the wicked-witch who almost derailed the British monarchy. Throughout the intervening decades, we have been overfed a diet of such fantastical slander about Mrs. Simpson that it has become impossible to discern the real woman. Wallis has been written off as a seductress, a gold-digger, a Nazi sympathizer and seen as a cold, ambitious bitch who schemed from the outset in the hopes of becoming Queen of England. She has become a caricature of villainous womanhood.

History is mostly perceived from the perspective of his-story. But what about her story? This Women’s History Month, Wallis Simpson is an important woman to revisit and uncover her real history.

It was the unholy Trinity of the Church, the Palace, and Parliament, who did not want Edward VIII on the throne. They considered him weak and ill-disciplined and saw Wallis as the perfect excuse to rid England of a man they deemed unfit to rule. Far from the villain of the history books, Wallis was the victim of the abdication. She was undermined by a cunning powerful British establishment who sought to destroy and diminish her. Bright and perceptive, she soon realized that machinations to use her were underway. At the time of the abdication crisis, she wrote, “I became obsessed with the notion that a calculated and organised effort to discredit and destroy me had been set afoot.” She was right. She became the perfect pawn for the wily palace courtiers.

That Edward did not conform to court life, preferring a vigorous and flamboyant social life to the grey strictures of monarchical duty, was tantamount to treachery in the eyes of his advisors. In 1927, courtier Tommy Lascelles told Prime Minister Stanley Baldwin of his violent disdain for the Prince of Wales: “You know, sometimes when I am waiting to get the result of some point-to-point in which he is riding, I can’t help thinking that the best thing that could happen to him and the country, would be for him to break his neck.” “God forgive me,” Baldwin replied. “I have often thought the same thing.” This conversation occurred seven years before Wallis Simpson met Edward Prince of Wales at a weekend house party in the British countryside.

When Edward fell in love with Wallis Simpson, no one could have predicted the strength of his obsession. At the time, she was happily married to her second husband, Ernest Simpson.  Many ask, why didn’t she break off her relationship with Edward, especially when he became King? Why did she divorce Ernest Simpson? Her detractors fail to acknowledge that she never wanted to divorce Ernest or to marry Edward. Initially, she was flattered by his attention. What woman would not have been beguiled by the prince’s “unmistakeable aura of power and authority?” Yet she never expected the infatuation to last. In 1935, she wrote to her beloved aunt, Bessie Merryman, “What a bump I’ll get when a young beauty appears and plucks the Prince from me. Anyway, I’m prepared.”

It was Edward, then King, who forced her into an untenable position, refusing neverto give her up. At the time of the abdication, Edward slept with a loaded gun under his pillow and threatened to kill himself if Wallis forsook him. Aides described him as “exalté to the point of madness.” Wallis knew that her fate would be far worse if a beloved and popular King took his life because of her. In the name of Edward’s needy, obsessive love, Wallis paid the ultimate price: entrapment by a childish narcissist who threw the biggest tantrum in history when he could not have the two things her wanted most in the world — her and the throne. When he chose Wallis, the couple was devastated when the royal family closed ranks against them, forcing them into exile from Britain for the rest of their lives. Wise to this, Wallis wrote to Edward post-abdication, “It is the politicians whose game it is to build up the puppet they have placed on the throne. I was the convenient tool in their hands to get rid of you and how they used it!”

During my research, in which I gained entrée into Wallis’s coterie of living friends, I listened with mounting incredulity and fury as they told me repeatedly of her kindliness, sense of fun and depth of friendship, which contradicted the public image of a hard-nosed, shallow woman. It was a revelation for me to discover what a warm, witty, loyal friend Wallis was. Her friends adored her. The Conservative MP Sir Henry “Chips” Channon said, “She has always shown me friendship, understanding, and even affection. I have known her to do a hundred kindnesses and never a mean act.” 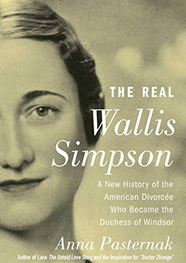 She was no saint – but she was far from a sinister manipulator. Her detractors continue to argue that she was a Nazi sympathizer and traitor, yet her friends and eminent historians, such as Hugo Vickers, Philip Ziegler, and the late Lord Norwich, are adamant that there is no concrete evidence of Nazi conspiracy. She did go with Edward to Germany to meet Hitler in 1937, but it was before the atrocities of the Second World War and only because Edward wanted his wife to experience the pomp and ceremony of a royal tour that was denied to Wallis in England. Edward was keen for this trip when the Germans agreed to his request that Wallis would be curtsied to and addressed as Your Royal Highness. This was blisteringly important to him, as he felt so aggrieved that the British royal family refused to give Wallis the crucial HRH title, even though she was legally entitled to this as the wife of the former King.

When the world learned of the abdication, it recoiled in shock. How could this strange, angular-looking woman take a beloved King from his people, many wondered. Wallis received vicious hate mail. “It’s no exaggeration to say that my world went to pieces every morning on my breakfast tray,” she later wrote. Admirably, she schooled herself to survive what would have felled the hardiest of souls: “To be accused of things that one has never done; to be judged and condemned on many sides by the controlling circumstances; to have one’s supposed character day after day laid bare, dissected and flayed.” She succeeded with “a kind of private arrangement with oneself.” She knew who she was and her friends knew too. She learned to uphold what matters in life and to endure being a woman misunderstood and excluded on an international scale.

From the moment she was locked in the Faustian pact of marriage to the Duke of Windsor, she determined to make their marriage a success and to ensure that her husband was as happy as he could be, ousted by his family and exiled from his country. For thirty-five years , she triumphed in this endeavour, even as she endured psychological assassination from the entire world. Wallis Simpson was no ordinary woman. An inscrutable dignity gave her strength. She has been misunderstood and misinterpreted for far too long. This woman deserves our admiration for the situation she became embroiled in and what she subsequently had to endure. Most of all, she deserves for her reputation to be rehabilitated in the annals of history.