Maybe Confederate Monuments Stand for Something Different than What We Think

David Hosansky is a former senior writer for Congressional Quarterly. He writes about history and science. 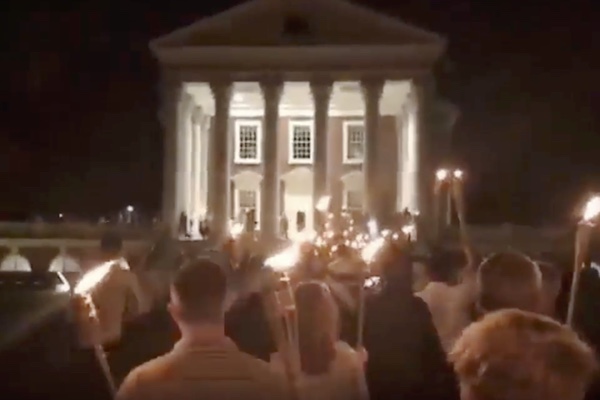 For months the debate over whether to retain or remove Confederate monuments has largely focused on whether they honor the past or celebrate slavery. But perhaps they’re also a grim warning of what happens when a large number of Americans stop listening to reason.

Consider how frenzied many of the South’s political leaders became after the election of Abraham Lincoln, envisioning him sweeping into their states at the head of a mob of abolitionists intent on freeing the slaves. Typical was a pivotal speech a week after Election Day by Georgia’s charismatic senator, Robert Toombs, who proclaimed at a special meeting of the state legislature that Lincoln would “war against slavery until there shall not be a slave in America and until the African is elevated to a social and political equality with the white man.”

Such rhetoric would whip up support at the end of 1860 for secession across the Deep South. But, as one political veteran was quick to point out, it didn’t seem rational.

Listening to Toombs deliver his speech was a sickly former congressman, confined to a wheelchair for much of his life and weighing less than 100 pounds. Like his fellow Georgians, Alexander Stephens was an ardent supporter of slavery. But he also kept grasp on a basic fact: Lincoln entirely lacked the authority to free any slaves.

The night after Toombs made his fiery address, Stephens attempted to debunk the myth that slavery was imperiled. Methodically dissecting the political landscape despite repeated interruptions, he reminded Georgian officials that the Constitution contained protections for slavery, Congress was on their side, and the president could not assemble a Cabinet or make other appointments without the approval of pro-slavery senators.

"I do not anticipate that Mr. Lincoln will do anything, to jeopardize our safety or security, whatever may be his spirit to do it,” Stephens said. “He is bound by the constitutional checks which are thrown around him, which at this time render him powerless to do any great mischief.”

His message was hardly revelatory. Lincoln himself had previously predicted that slavery would persist in the South for another 100 years and focused instead on trying to prevent it from spreading to the West. He admitted flatly in his first Inaugural Address that he had “no lawful right” to free any slaves.

But the South’s mistrust of the federal government ran too deep. Eleven slave states chose to secede, forfeiting their political advantages, and Stephens himself acceded to the popular uprising and became vice president of the Confederacy. They lost everything they wanted to save: their slaves, their prosperity, and, for more than a quarter-million men, their lives.

When Confederate forces began their military assault on Fort Sumter in early April, they sparked a process that brought about precisely what they sought to prevent: immediate, uncompensated, and universal abolition, something that could never have happened had they just held their fire,” Yale constitutional law professor Akhil Reed Amar wrote in America’s Constitution: A Biography. “Rarely in history have cannons backfired so explosively.”

And today? Our president and many Americans hew to a view of the world that is at odds with basic reason — spreading unsubstantiated accounts of widespread fraud in last year’s election, for example, or branding anything that contradicts their world view as “fake news.” Are there parallels with secessionist leaders raising alarms about a threat from Lincoln that, in reality, did not exist?

We read what we want into Confederate monuments: that they commemorate either Southern pride or a racist effort to keep 4 million people in bondage. But, as Stephens could have foretold, the monuments also remind us of something more elemental: the unintended consequences that follow when a people and their political leaders, inexplicably, begin to coalesce around an alternative view of reality.