British Historian: It’s Urgent that Americans Finally Reject the Moral Equivalence of the North and South in the Civil War

Robert Cook is professor of American History at the University of Sussex, UK. He is the author of Civil War Memories: Contesting the Past in the United States since 1865, recently published by Johns Hopkins University Press. 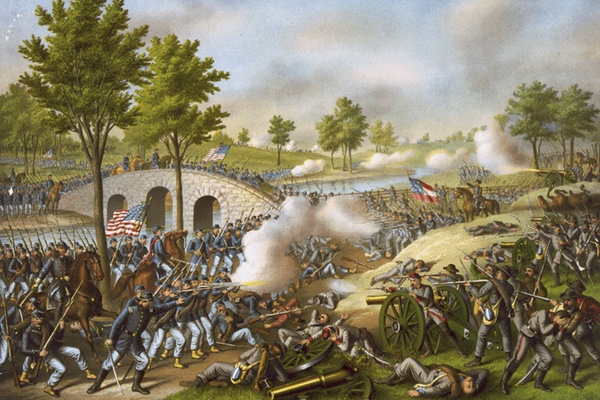 The recent tragic events in Charlottesville, triggered by right-wingers’ defense of a statue of Confederate General Robert E. Lee, underline the continuing capacity of America’s bloody Civil War to influence contemporary debates over race relations. A British historian of the United States, I see the violence in Virginia as an urgent signal that Americans must finally reject the idea, rooted in the late nineteenth-century rush toward North-South reconciliation, that the Union and Confederate causes were morally equivalent. 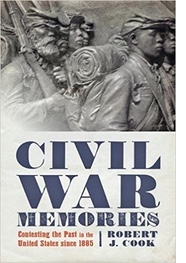 The Civil War ended in the military defeat of the breakaway southern Confederacy at the hands of the armed forces of the United States. It did not terminate debate over the place of African Americans in national life. In the late 1860s congressional Republicans feared (correctly) that the fruits of Union victory were being squandered by President Andrew Johnson’s precipitant quest for reconciliation with embittered Confederates. As a result they made strenuous efforts to guarantee the equal rights under the law of the newly emancipated slaves. While they met with some initial success in the shape of the Fourteenth and Fifteenth Amendments, their work was quickly negated by the former Rebels’ fierce determination to restore white supremacy by force. By the 1890s the freedpeople were second-class citizens in the land of their birth – segregated, disfranchised, and lynched with impunity.

Most of the public monuments that now litter the South’s commemorative landscape and that generate controversy were built during the Jim Crow era of the late nineteenth and early twentieth century. They were constructed by white men and white women to memorialize the South’s Lost Cause – not only the sacrifices of the Confederates’ unsuccessful revolt against the United States but also the avowedly authentic American principle of self-government that underpinned it. White supremacy was embedded in these bronze and stone tributes because the Rebels, now restored to power at home, had demanded the liberty to enslave people of color.

Despite the rights revolutions of the last century, Americans today have precious little room for self-congratulation. African Americans continue to be disproportionately impoverished, to be murdered by police and vigilantes, and to be incarcerated in vast numbers. The country is headed by a divisive president, seemingly ignorant of history, who appears to see no moral distinction between white supremacists and those who oppose them.

After 1865 white northerners who prioritized North-South reconciliation made a not-dissimilar calculation. They saw no moral distinction between the Union and Confederate causes, choosing to recognize Rebel soldiers as brave and patriotic Americans who had fought a principled fight. While people of color were the chief victims of this line of thought, not all northerners reasoned this way. The formidable black leader Frederick Douglass urged his compatriots not to forget why they had fought to save the Republic. Significant numbers of white Union veterans, moreover, recalling the loyalty and courage of U.S. Colored Troops on the battlefield, insisted that black emancipation and equal rights were achievements that must be protected. When Albion Winegar Tourgée, a white veteran of First Bull Run, attempted to organize a national civil rights organization in the early 1890s, scores of aging Union soldiers applied for membership. One of them, a Missouri resident who had served in a Kansas regiment, requested an enrollment certificate so that he could show it to his grandchildren and thus prove to them “that my gratitude or manhood was not so shriveled and small as to oppose extending equal rights and protection to my colored comrades in arms that stood beside me when rebel cannon was hurling missiles of death into our ranks.”

Of course, the Union cause was far from flawless. Even President Abraham Lincoln found it difficult to abandon his youthful conviction that America would be better off if blacks could be persuaded to emigrate. Yet, just like civil rights leaders including Martin Luther King, modern opponents of white supremacy can find inspiration in the fragile racial promise of Union victory that was embodied in the destruction of slavery and in the constitutional amendments of the Reconstruction era. As Lincoln, standing beside the fresh graves of Union troops, reminded listeners at the new Soldiers’ National Cemetery at Gettysburg in November 1863, the Republic was “conceived in Liberty, and dedicated to the proposition that all men are created equal.” His words remind today’s opponents of white supremacy that equal rights and equal justice for all people in the United States will not be achieved without constant struggle.