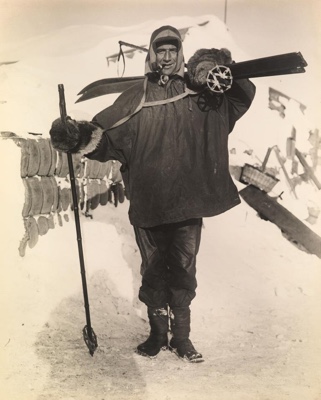 With our polar regions rapidly shrinking—and more bad news this week—it can make one nostalgic for an Antarctica that was, well, intact.

The windiest, coldest, and driest place on Earth, the continent has long attracted explorers on a quest for adventure. National Geographic Magazine in particular has a history of fascination with Antarctica, publishing its first story on the region in 1894.

In 1907, National Geographic published some of the first-ever photos of the icy world. Years later, an issue published in 1924 featured photographs by Herbert Ponting and showed an intimate look at the region few had ever seen. The British photographer also documented parts of the Terra Nova expedition, led by British explorer Robert Falcon Scott from 1910-1912. (See rare pictures of Scott's expedition on the anniversary of his death.)