Hitler refused to use sarin during WWII. The mystery is why. 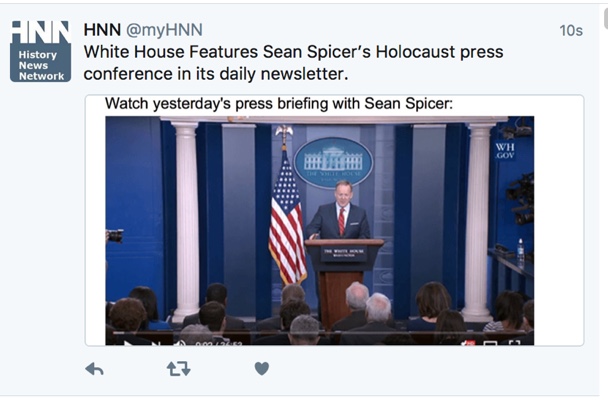 ● Anger and ridicule in Israel over Sean Spicer's Hitler comments

● The Trump team’s history of flirting with Holocaust deniers

Adolf Hitler gassed and killed 6 million Jews during World War II — a genocide that makes his reluctance to use sarin against his military adversaries an enduring mystery.

It wasn’t because he was less evil than Syrian President Bashar al-Assad, despite White House press secretary Sean Spicer’s tone-deaf statement Tuesday that “someone as despicable as Hitler” didn’t use chemical weapons the way Assad did.

And it wasn’t because Hitler didn’t have sarin. A German scientist had stumbled onto the nerve agent while experimenting with compounds in an attempt to kill beetles. The German military built a sarin factory in 1943. Officers pleaded with Hitler to use it.