What Should We Make of Two Distinguished American-Jewish Historians Rejecting Zionism?

Ralph Seliger is a freelance writer, the final editor of Israel Horizons magazine (discontinued in 2011), and currently administers The Third Narrative and Ameinu blogs. 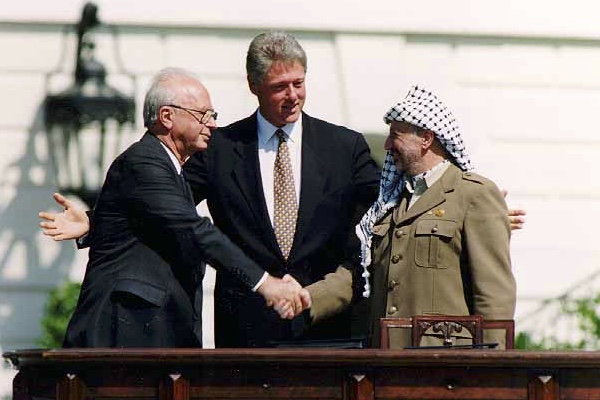 Prof. Hasia Diner is a highly regarded historian at New York University who specializes in Jewish studies. She is also one of the scholars and activists connected with The Third Narrative (TTN), a project launched by the North American Labor-Zionist organization, Ameinu, which advocates a peaceful two-state resolution of the conflict between Israel and the Palestinian-Arab people, respecting the national aspirations and democratic rights of both populations.

Her decision to co-author an anti-Zionist op-ed article in Haaretz (“We’re American Jewish historians. This is why we’ve left Zionism behind“) with another noted scholar in Jewish studies, Prof. Marjorie N. Feld of Babson College, has understandably drawn great attention in the Jewish world. Although TTN supporters share these writers’ basic concerns and frustrations with today’s Israel as led by pro-settler rightwing parties, the general reaction was that Professors Diner and Feld were throwing the baby out with the bathwater.

What follows is Prof. Diner’s section of this co-written article:

The Israel I once loved was a naïve delusion

When I was asked to run as a delegate on the progressive Hatikva platform to the 2010 World Zionist Congress, I encountered my personal rubicon, the line I could not cross. I was required to sign the "Jerusalem Program." This statement of principles asked me to affirm that I believed in “the centrality of the State of Israel and Jerusalem as [its] capital” for the Jewish people. It encouraged “Aliyah to Israel,” that is, the classic negation of the diaspora and as such the ending of Jewish life outside a homeland in Israel.

The “Jerusalem Program” also asked me to declare that I wanted to see the “strengthening [of] Israel as a Jewish, Zionist and democratic state.” As to democratic, I had no problem, but the singular insistence on Israel as a Jewish and Zionist state made me realize that, at least in light of this document, I could not call myself a Zionist, any longer. Does Jewish constitute a race or ethnicity? Does a Jewish state mean a racial state?

The death of vast numbers of Jewish communities as a result of Zionist activity has impoverished the Jewish people, robbing us of these many cultures that have fallen into the maw of Israeli homogenization. The ideal of a religiously neutral state worked amazingly well for the millions of Jews who came to America.

The socialist Zionism of the Habonim youth movement was central to my early years, providing my base during the 1970s when the Jewish settlement of the Occupied Territories began. I need not belabor the point that from that date on, the Palestinian land that has been expropriated for Jews has grown by leaps and bounds and that the tactics used by the State of Israel to suppress the Palestinians have grown harsher and harsher.

Nor do I need to say that the exponential growth of far right political parties and the increasing Haredization of Israel [the rising influence of ultra-Orthodox parties—RS], makes it a place that I abhor visiting, and to which I will contribute no money, whose products I will not buy, nor will I expend my limited but still to me, meaningful, political clout to support it.

I understand why Diner and Feld would lose patience with Israel, during this extended period of rightist ascendency in which expanding settlements in the West Bank and East Jerusalem has continually undermined a negotiated two-state agreement. Some critics misunderstood Diner’s argument that Zionism is to blame for the disappearance of many Diaspora Jewish communities. She was referring to Sephardic and Mizrachi communities in North Africa, the Middle East and some places beyond (e.g., India), not the Holocaust-devastated communities of Europe. It's an interesting historical question on how much these communities' destruction had to do with the "push" of intolerant nativist nationalists versus the "pull" of the Zionist ideological appeal; there were surely elements of both, a complexity that is ignored.

Part of why I mostly disagree with these two professors is the tragically difficult history that prevented the success of the Oslo peace process — devastating episodes of violence and extremism coming from both sides, and the failures of vision by leaders of both sides who came close at times (e.g., 2000 and 2008) but did not go the final mile. I'm thinking mainly of Baruch Goldstein’s massacre of 29 Muslims at prayer in Hebron in Feb. 1994, the assassination of Yitzhak Rabin, the terror campaigns of Hamas and other Palestinian groups, the maladroit maneuvering of all three participants at Camp David in 2000 (Ehud Barak, Yasser Arafat and Bill Clinton) and afterwards, and the legal difficulties that undermined Ehud Olmert in his extended and promising round of negotiations with Mahmoud Abbas (not to mention Olmert being sucked into invading Gaza in 2009 by Hamas attacks on Israel).

One can say a lot more on what went wrong, but these were all pivotal events that easily could have gone the other way. And Israel, despite its flaws, remains the most democratic and liberal society in the Middle East — i.e., within its internationally-recognized pre-June ’67 boundaries — as most of its neighbors have spun increasingly out of control since the so-called Arab Spring of 2011.

Despite Prof. Diner’s differences with her colleagues in The Third Narrative, she’s been urged to remain involved and to continue to participate in its email discussions. TTN has been unanimous in expressing respect for her as a scholar and a person of integrity.