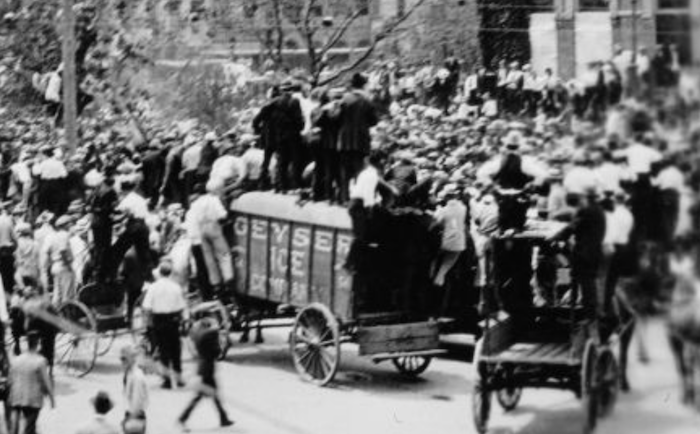 Lynching of Jesse Washington in Waco, Texas 100 years ago

In Alabama, Bryan Stevenson is saving inmates from execution and memorializing the darkest episodes of America’s past.

Stevenson visited the University of Texas Law School, in Austin, for a conference on the relationship between the death penalty and lynching. Jordan Steiker, the professor who convened the meeting, told me, “In one sense, the death penalty is clearly a substitute for lynching. One of the main justifications for the use of the death penalty, especially in the South, was that it served to avoid lynching. The number of people executed rises tremendously at the end of the lynching era. And there’s still incredible overlap between places that had lynching and places that continue to use the death penalty.” Drawing on the work of such noted legal scholars as David Garland and Franklin Zimring, Steiker and his sister Carol, a professor at Harvard Law School, have written a forthcoming book, “Courting Death: The Supreme Court and Capital Punishment,” which explores the links between lynching and state-sponsored executions. The Steikers write, “The practice of lynching constituted ‘a form of unofficial capital punishment’ that in its heyday was even more common than the official kind.”

Lynchings, which took the form of hangings, shootings, beatings, and other acts of murder, were often public events, urged on by thousands, but by the nineteen-thirties the behavior of the crowds had begun to draw criticism in the North. “The only reason lynchings stopped in the American South was that the spectacle of the crowds cheering these murders was becoming problematic,” Stevenson told me. “Local law enforcement was powerless to stop the mob, even if it wanted to. So people in the North started to say that the federal government needed to send in federal troops to protect black people from these acts of terror. No one in power in the South wanted that—so they moved the lynchings indoors, in the form of executions. They guaranteed swift, sure, certain death after the trial, rather than before the trial.”

In 2007, Sherrilyn Ifill, the president and director-counsel of the N.A.A.C.P. Legal Defense Fund, published “On the Courthouse Lawn,” which focussed on two lynchings in Maryland. “What I learned is that an alarming number of lynchings took place not in secret, in the woods, but in public, on the beautiful lawns that are still there in all these communities,” Ifill told me. “And there is nothing to commemorate these lynchings on those lawns, which are in the center of every town in the South.” Lynchings were often covered in local newspapers, and sometimes even previewed in them, and these records were indispensable resources for the E.J.I. researchers.