Why the Nazis Were Desperate for Gold

George M. Taber is the author of “Chasing Gold: The Incredible Story of How the Nazis Stole Europe’s Bullion” (Pegasus Books, December 2014). 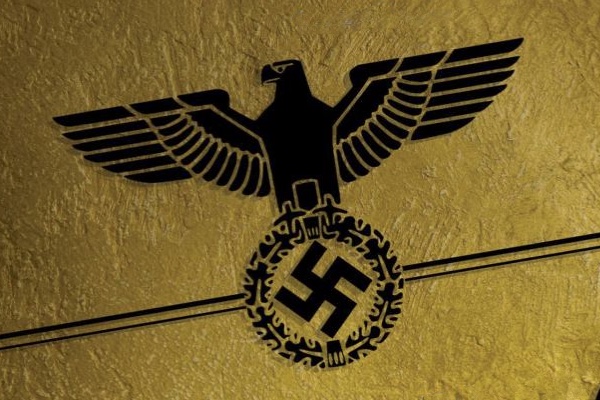 It was the greatest robbery in world history. During World War II, the German Nazi government robbed more than 600 tons of European gold. That bullion was vitally important for the financing of the German army’s wars of conquest that started with the invasion of Austria in 1938. At that time, the gold was worth $600 million, but at today’s price for bullion it would be worth $22 billion.

Adolph Hitler had nothing but contempt for gold or money, believing that the only things that really mattered in politics and warfare were willpower and brute force. His top financial man was Hjalmar Horace Greeley Schacht, a respected banker who was responsible for ending the infamous German inflation after World War I. That still ranks as one of the worst in history. Schacht got his unusual middle name from his father, a failed German immigrant to the U.S. who greatly admired publisher Horace Greeley. Schacht was conceived in the U.S., but born in Germany just after his parents returned home. 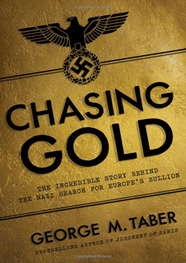 Schacht advocated an economic policy known as autarky or self-sufficiency. Germany in World War I had been defeated largely by the British blockade that starved millions of Germans. Schacht’s autarky program was designed so that his country would never again be dependent upon another nation for vital products such as food or war materials. There were a few vital war products, though, that were not indigenous to the country. Weapons-grade steel is but one example. Germany had lots of low-quality iron ore, but it needed the mineral tungsten, which was plentiful in Spain and Portugal, to produce steel used in tanks and bombers. The Germans made synthetic fuel out of their own coal, but that was also not good enough for heavy bombers and tanks. When the Nazi army rolled into the Soviet Union in June 1941, it powered by Romanian oil. Ball bearings were also vital for the German war effort, and Berlin bought them from Sweden. Chromium was another crucial product, and that came from Turkey.

The first victim of Nazi aggression was Austria, which Berlin invaded in March 1938. The Germans picked up 91 tons of that country’s central bank gold in addition to 14 tons of personal bullion, which was taken mainly from Vienna’s large Jewish community.

The Nazis then systematically attempted to steal each nation’s bullion in each country it invaded. In Czechoslovakia and Holland they succeeded, but in others nations such as Poland and Norway local officials and soldiers made heroic efforts to keep their gold out of German hands, moving it to Canada, the U.S., Britain, or France. A group of Polish central bank officials in September 1939 took 81 tons south to Romania and with the help of the British through the Black Sea to Istanbul and then to Beirut, where France’s fastest war ship took it to Toulon and safety.

Just after midnight on April 9, 1940, a retired Norwegian colonel, who had just been called back to military service because of the fear of an invasion, spotted the German cruiser Blücher steaming toward Oslo. He immediately ordered an ancient Krupp cannon to fire at it. The ship soon sank, and a unit of Nazi soldiers aboard with orders to seize Norway’s gold were delayed. That gave a band of Norwegians that included the poet Nordahl Grieg time to start moving the country’s 50 tons of gold as well as King Håkon north to above the Arctic Circle. The Norwegian gold was shipped to Canada and the U.S., while the king spent the war in Britain.

Nazi gold reserves were running out in 1940, when the Germans got their biggest haul during the invasion of Western Europe. Berlin seized 205 tons from Belgium gold and 137 tons of Dutch gold. That financed the invasion of the Soviet Union a year later.

The Soviets were ill prepared for the attack because Stalin mistakenly believed that Hitler would honor their 1939 treaty. But eventually a week into the attack, the Soviet Politburo gathered together its wits and voted to ship their country’s three most precious items to the eastern side of the Ural Mountains for protection. Those were the Hermitage Museum artworks, the embalmed body of Lenin, and 3,000 tons of gold. All the valuables traveled together in trains with armed guards.

The last major Nazi booty of the war was 119 tons of Italian gold that German occupying forces moved first from Rome to Milan and then to an abandoned fortress on the Austrian border. Most of it went to Berlin in 1944.

With the war clearly coming to an end, Berlin officials in February 1945 sent two trainloads of gold and precious art works to a salt mine in Merkers, a village in central Germany. Two months later, U.S. troops stumbled on that  treasure. They rescued, though, only 219 tons of gold out of the more than 600 tons the Nazis had stolen.