Statistically, It's Never Been Safer to Be Black in America. But That Doesn't Mean Black People are Safe from White Violence.

Ian Reifowitz is the author of Obama’s America: A Transformative Vision of Our National Identity. 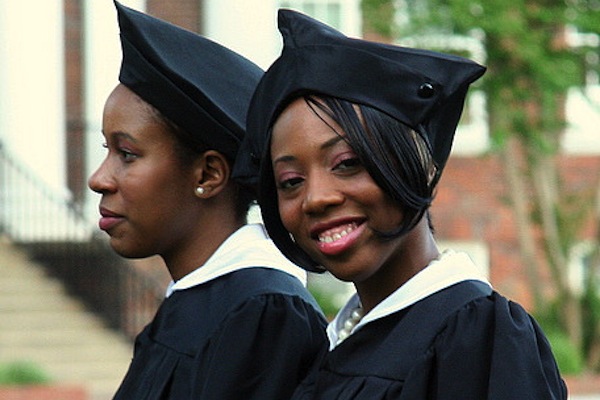 I also wouldn't dare to tell black people, or anyone else for that matter, how they should feel about this issue. To do so would be arrogance of the highest order, not to mention exceptionally unhelpful. But I want to do something, however meager, to show my support, to show that I'm with the people who are hurting most. It is in that spirit that I offer the following.

Every life matters. When someone is murdered, the loss cannot be measured. Hearing the grief, the real despair about the future in this country for African Americans expressed after the announcement of the Jordan Davis verdict made me think about the past. As a historian, I try to take the long view. I look at trends over time, at things that, unlike the loss of a loved one, can be measured.

According to Ohio State professor Randolph Roth, author of American Homicide, the most murderous years in our history were from 1846 to 1887 (not counting deaths in the Civil War). Some of the worst statistics on murder came from the Reconstruction-era South, according to Roth:

During Reconstruction, there were counties in Louisiana where you had 200 people per 100,000 residents killed. You'd have counties in Texas with 10,000 people and 500 people killed."

We don't have a racial breakdown of murder by race going back anywhere near that far. We do know that almost 3,500 African Americans (and about 1,300 whites) were lynched from 1882 to 1968 (the numbers peaked before 1900). Suffice it to say that a far higher murder rate than today in general -- combined with the violent nature of white supremacy -- almost certainly meant that the decades around the Civil War were especially dangerous ones for African Americans.

To be sure, saying that America has become a better place for its black citizens than it was during the mid-nineteenth century is an awfully low bar to clear. Moving into more recent decades, the murder rate in this country hovered at close to ten per 100,000 from around 1970 to 1990, before dropping precipitously. Including another drop of seven percent in the first half of 2013, the murder rate now stands at about four per 100,000.

Looking at the numbers according to race (from 1980 to 2008), we see that the reduction in the murder rate has affected whites and blacks roughly equally, i.e., it has dropped in half for both groups (the rate for "other" has actually dropped by almost two-thirds). Why this has happened is not the topic of this post. Our murder rate remains far higher than that of any other wealthy industrialized country year after year. That too, is not the topic of this post.

Additionally, it should go without saying that far too many people are murdered in this country even today. Having said that, I want to put these statistical changes into more human figures. There are 40 million black Americans. The murder rate among blacks dropping in half as shown in the chart below (and keep in mind that the national murder rate has dropped another 20 percent since 2008) means that at least 8,000 if not closer to 10,000 fewer African Americans are being murdered each year now than would be the case if murder rates had remained what they were a generation ago. That's eight to ten thousand lives not taken every year.

Now, does the fact that a black person today is half as likely to be murdered than was a black person in 1980 -- not to mention the far higher murder rates of 1880 -- make Jordan Davis any less dead? No. Does it change the fact that too many people simply assume that young, black boys and men are dangerously violent, prejudge them according to a far different standard than the one to which they'd hold young, light-skinned males? No. Furthermore, just because these numbers on murder have gotten better does not mean I am suggesting that people should "feel better," or "stop complaining," or any other such nonsense. These numbers do not mean that racism has come to an end, nor do they, by themselves, even mean that racism has lessened in the past generation.

Nor do these improved numbers do anything to assuage the anguish and outrage folks feel over the fact that our justice system failed to convict Michael Dunn for the murder of Jordan Davis (Dunn was convicted only of attempted murder for shooting at the car carrying Davis and three other young men after it was driving away), and that it acquitted George Zimmerman of the murder of Trayvon Martin. We'll have to see what happens to the killer of Renisha McBride when his trial comes in a few months. The righteous anger over the verdicts in those cases connects directly to a long history of acquittals in cases where whites murdered blacks. For example, no one, I'd wager, was found guilty of lynching.

Of course, these contemporary cases are different. George Zimmerman and Michael Dunn are not Byron De La Beckwith, who set out to assassinate civil rights leader Medgar Evers on the night of June 12, 1963, and shot him down in his own driveway in Jackson, Mississippi. Despite overwhelming evidence, juries failed to convict De La Beckwith in two separate trials in 1964. But even there, we've seen progress. De La Beckwith did not die a free man, but rather a prisoner, having been finally convicted of the murder of Medgar Evers in a third trial, in 1994. Nevertheless, the way our justice system has thus far dealt with Zimmerman and Dunn cannot help but evoke the legacy of those older instances in which white juries regularly and brazenly ignored obvious evidence of the murder of African Americans and let their killers walk. These recent verdicts reaggravate that open wound, one with deep roots.

My wish, however, is that the reductions in the number of lives lost to murder gives people a bit of hope for the future. If, despite the horrific crimes we are seeing now, things are in some sense getting better for African Americans as they walk our streets, then perhaps it is possible they will continue to get better.

In examining the span of time from Jefferson Davis to Jordan Davis, beyond the narrow focus on murder, we know that life in this country has only improved for African Americans because of the tears, sweat and blood shed by those who fought for equality. Of course, as a community, blacks have faced worse than the likes of Michael Dunn and George Zimmerman, and have never stopped fighting. Do I think they need my discussion of history and statistics in order to keep fighting now? Of course not.

I guess it's just the best way I know how to say that here's one more person who cares. And despite what you might read on comment boards, I believe that the majority of Americans of every color recognize that the murder of Jordan Davis and other ones like it are evidence of a sickness that we must work together to cure, and likewise believe that a system of law that fails to bring a murder conviction for the killing of that unarmed 17-year-old is profoundly unjust, and must be changed. At least that's what I hope.