1964 Report: Humanities "Uniquely Equipped to Fill the 'Abyss of Leisure'" Made Possible by Forty-Hour Workweek 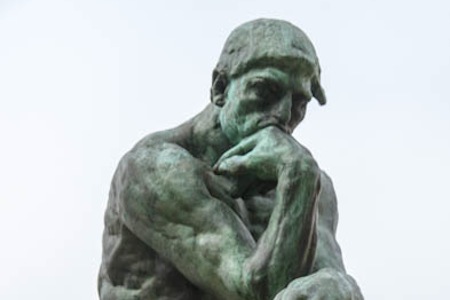 A new report on the state of the humanities in the United States reaffirms the importance of understanding our shared history as one of the cornerstones of democratic decision-making.

The American Academy of Arts and Sciences released the comprehensive report of its Commission on the Humanities and Social Sciences this week, and is presenting its recommendations to Congress on Wednesday.

The Commission will emphasize the need to increase funding to the National Endowment of the Humanities (which has seen its budget decline nearly $17 million since 2010), as well as state humanities councils, and is calling for a humanities program similar to the proposed STEM Master Teacher Corps, which would provide career advancement and better pay for the top five percent of STEM teachers in the United States.

Much of the rhetoric in the AAAS report has echoes in past debates about the humanities. Even in the 1960s – at the very peak of college enrollments in humanities courses -- cultural and academic leaders were concerned about the the state of the humanities and the justifications for studying the humanities.

The 1964 report that recommended the creation of the National Endowment for the Humanities (the organization came into existence a year later) made similar arguments to the 2013 report about the importance of the humanities – especially the importance of history and civics in fostering a healthy democracy.

The '64 report, produced by the American Council of Learned Societies, also included Kennedy-esque rhetoric about America's “world leadership” and the importance of fostering the national spirit.

In an even more remarkable paragraph, the report also noted “the novel and serious challenge to Americans … posed by the remarkable increase in their leisure time” with the forty-hour workweek, longer lifespans, and earlier retirement ages.

“What shall I do with my spare time” all-too-quickly becomes the question “Who am I? What shall I make of my life?” When men and women find nothing within themselves but emptiness they turn to trivial and narcotic amusements, and the society of which they are a part becomes socially deliquent and potentially unstable. The humanities are the immemorial answer to man's questioning and to his need for self-expression; they are uniquely equipped to fill the “abyss of leisure.”

“It's a fascinating passage,” said Barbara Metcalf, former president of the American Historical Association and professor of history emerita at the University of California, Davis. “The kinds of arguments we make about the humanities today are more instrumental. There's a social need behind the argument made in this report.”

Granted, that need was to maintain a sense of social cohesion threatened by feminism and the civil rights movement, Metcalf added, laughing.

A Crisis in the Humanities?

The 2013 AAAS report comes at a moment of increased concern about the future of the humanities. Harvard University issued a major report at the beginning of the month that expressed concern about declining humanities enrollments (the number of Harvard students majoring in the humanities declined from 36 to 20 percent from 1954 to 2012), and the specter of massive open online courses has many academics concerned about the long-term viability of their profession.

Not everyone, however, is convinced that this is a moment of “crisis” for the humanities. Benjamin Schmidt, a history PhD student at Princeton, noted on his blog that he percentage of bachelor's degrees awarded in the humanities in the United States actually declined most steeply in the 1970s. The number has since more or less stabilized between 6 and 8 percent of college degrees.

This makes the humanities “appear massively out of date,” Schmidt wrote. “It makes humanists feel … that their sense of being is under siege due to some pathology in the culture at large.”

Schmidt also pointed out that the number of holders of humanities degrees as a percentage of the U.S. college-age population has actually increased in recent years, and history is, next to English, the most popular humanities major.

Barbara Metcalf, for her part, believes that the humanities are more critical than ever, and that students are interested in the critical thinking skills a liberal arts education – particularly a history education – imparts.

A few years ago at the University of California, Berkeley commencement, she said, the student speaker told an anecdote about why she majored in history.

The Berkeley student newspaper ran an article at the beginning of the year introducing possible majors to the freshman class. The story ran a tag line for each department at the school. The history department's tagline:

Whenever you say something to a history major, they say, “Well, not really.”