Stephen Kantrowitz is author of "More Than Freedom: Fighting for Black Citizenship in a White Republic, 1829-1889" (Penguin, 2012) and "Ben Tillman and the Reconstruction of White Supremacy" (Univ. of North Carolina Press, 2000). He is professor of history at the University of Wisconsin-Madison. 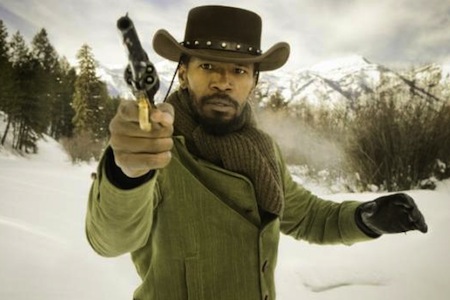 No one could possibly mistake Quentin Tarantino for William Lloyd Garrison, but the director's Django Unchained nevertheless belongs to the tradition of antebellum white abolitionism. The film powerfully evokes a South, and a people, entirely under the sway of slaveholders' sadistic passions. This intellectual lineage explains why its depiction of slavery is so potent, and so wrong.

At the film's core is an abolitionist representation of slavery as despotic, unbridled cruelty. As a consequence, Django does something no American film has done before: it places the experience of terror -- as a structural, daily, lived reality -- at the center of the experience of slavery. Horror films take latent fears and embody them in fearsome physical form; Django is, in this sense, a horror movie about slavery. It transforms slave society's overhanging threat of violence into actual monsters, most centrally the terrifying figure of planter Calvin Candie and the legion of white minions who collaborate and salivate along with him. Candie's purpose is simply to terrorize. He is represented as the owner of the fourth-largest plantation in Mississippi, but his South only incidentally produces any kind of commodity; instead, given the extraordinary number of "fancies" and "Mandingo-fighters" who populate his "Candyland," its main crops seem to be bloodsport and sexual domination.

The effect is stunning: because the people in charge have a boundless appetite for violence and dominion, and because the society as a whole contains no countervailing force restraining those appetites, we in the audience feel the dread of having Candie's eye -- or any white person's eye, really -- turn toward us. In this way, Django turns director Quentin Tarantino's predictable fixations on menace, sadism, and mayhem into an authentic social and moral critique: these were the essence of slavery, the film says, and what made it particularly horrible. The key role played by a black collaborator -- Samuel Jackson's ruthless, canny major-domo -- only underscores the impossibility of enslaved people finding any lasting respite in this world.

Yet no matter how vividly it represents the experience of terror, a horror story is not a depiction of an actual society. At least, Django is not. There were indeed monsters like Calvin Candie, but the true monstrousness of slavery lay not in bloodsport but in sale and forced labor -- the annihilation, in the name of commerce, of human ties and joys. Sadism, violence, and terror were byproducts of slavery, not its purpose, and the film's focus on these aspects of slavery comes at a great cost.

To begin with, Django Unchained echoes abolitionism's preoccupation with the slave's helpless, tormented body. As Saidiya Hartman and others have noted, many white abolitionists regarded slavery as a morally instructive spectacle -- a vehicle for their own moral development more than as an institution in which real people lived and interacted. This fixation on suffering turned abolitionists' attention away from the complex, daily realities of enslaved people's individual and collective lives. Django Unchained makes precisely the same move. Critics have noted the passivity of most of the film's black characters, but the film's limitations go deeper than that: Django provides only two black characters -- the title character and his wife -- with meaningful social ties. To those standing at a remove from the abolitionist tradition, whether nineteenth-century fugitives or twenty-first-century historians, the error is obvious: enslaved people were indeed subjected to many horrors, but this did not mean that their lives were reducible to horror stories.

As a consequence of regarding enslaved people as atomized and terrified individuals, Django Unchained also reproduces white abolitionism's skepticism about black people's desire or capacity for freedom. Antebellum white Northerners, including most white abolitionists, regarded slaves' subjection through the prism of a mythic American Revolution in which a handful of lightly armed citizen-soldiers faced down the mightiest empire in the world. When they imagined themselves in the condition of enslaved people, they insisted they would live in a state of perpetual revolt and would choose death over continued enslavement. Some white abolitionists knew better; they understood that the military and organizational realities of the plantation South made substantial revolts difficult to organize and impossible to keep secret. But many more suspected that the problem lay with black people's racial character. Like Calvin Candie, who speculates about the exceptional "one in ten thousand" who can transcend the debility of blackness, white abolitionists did not generally understand slaves -- or even their Northern free black allies and colleagues -- to have the same inborn love of liberty that they attributed to themselves. A special few, such as Frederick Douglass, might fully meet that standard. But as white abolitionist minister Theodore Parker famously put it, "The stroke of an axe would have settled the matter long ago. But the black man would not strike."

Of course, Django Unchained is first and foremost the tale of one black man who does take up that axe (as well as pistol, rifle, horsewhip, and finally dynamite) to "settle the matter" in the goriest possible way. In rescuing his wife and securing their freedom, he murders countless slave traders and cronies. He and the film cut the Gordian Knot which puzzled so many white abolitionists -- whether the retributive violence slavery sometimes provoked was part of that system's evil, or instead a means to its destruction. Django, unlike those white abolitionists, is utterly unambivalent: the more antislavery violence, it says, the better. As a single character, Django Freeman embodies the spirit of Nat Turner and represents both a challenge and a rebuke to white abolitionist skepticism.

But even as our hero rides off, bloody and victorious, Django Unchained leaves us shackled to a vision of slavery in which such explosions could only come from that "one in ten thousand," not from the slave population as a whole. Django Freeman is a singular avenging angel, rescued and trained by an equally singular white ally. The film has runaways aplenty, but their actions are depicted as hapless and desperate. Only near the end of the film is there a hint that Django's example might inspire even one other slave to rebellion.

If we imagine carrying Django's story forward a few years, into the Civil War, the film's caricature of enslaved people's consciousness must collapse as rapidly as slavery itself did. Once Union forces entered the South, a broad, quiet revolt began, as slaves by the dozens, hundreds, and finally thousands treated the lines of the Union Army as a gateway to freedom. Their actions set in motion a great transformation of federal policy, Northern public opinion, and finally the Constitution itself. They even taught Abraham Lincoln to stop promoting colonization and begin imagining, as he did by the end of his life, that black people "would probably help, in some trying time to come, to keep the jewel of liberty within the family of freedom." Django Unchained has no place for the relationships, aspirations, and imaginations which produced that social movement and ideological transformation. Like the white abolitionists who are its spiritual godfathers, the film names slavery's horrors much better than it understands enslaved people's lives.